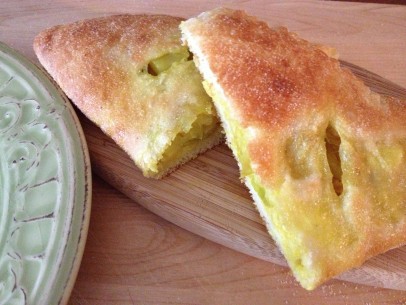 Bourekia (μπουρέκια) are traditional handheld pies and can be baked or fried and filled with all sorts of sweet or savory fillings. Popular vegan fillings for bourekia include mushrooms, spinach, caramelized onions and this recipe for potatoes with leeks.  The most well known type of bourekia in Greece are not vegan and made with Ansari, a sweet soft cheese, as a base with other fillings but you won’t miss the cheese in END_OF_DOCUMENT_TOKEN_TO_BE_REPLACED