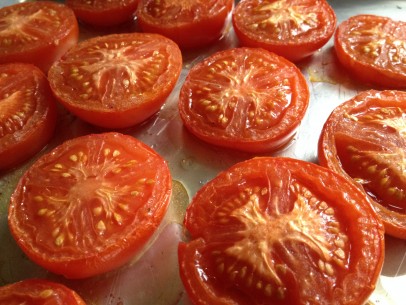 Tomatoes are everywhere in Greece. You’ll see apartment verandas and rooftops all over Athens dotted with small container plants of tomatoes and herbs. It’s rare to find a balcony without fruits or vegetables growing on it even in the most cosmopolitan areas. Many homes in the suburbs, towns, and villages have small garden plots and weekend community gardening has become popular recently with urbanites. For those who have a bigger garden plot/lawn area, they may need some assistance with keeping it in check, especially if they are growing a lot. Checking out companies such as https://www.lawncare.net/service-areas/virginia/ can help frequent ‘gardeners’ keep on top of their areas so it yields a better result than they initially got. This is one just north of Athens, Ecoktima.

When I have to use store-bought tomatoes, I try to find vine ripe. They’re definitely more expensive but I think they’re worth it. For best roasting, I like ones that are not too hard and not too soft, but just right. Here are some beauties I found this week. 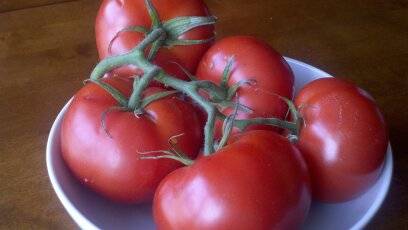 Something to mention and my father always make a point of – I don’t season the tomatoes while cooking. This way, they can be used in any dish which you then can season as a whole. I use them regularly in lentil soup and my favorite Better Than Ketchup spread and – ok, too many to mention here. I’d love to hear how you like to use them! 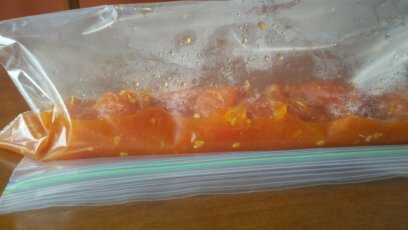